MAURO GASPERI BEHIND THE SCENES

Dear Readers of LeonardoVfashionbook would like to present to you today one of the great Fashion Designer of our time. 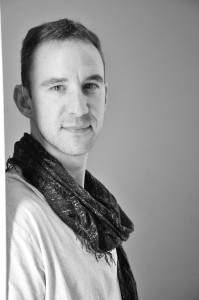 Formerly, in Japan, the dragonfly was called kashimushi, which literally means “winning insect”, and often decorated Samurai warriors’ helmets. As a symbol of lightness and strength, together with extraordinary balance and elegance, it immediately stands out when you give a rapid overall look at Mauro Gasperi’s new S/S collection.

The young Brescian designer chose the dragonfly, meticulously embroidered or reproduced through kaleidoscopic metamorphoses of colours, as a tribute to the first foreign country that recognized his emergent talent, the Land of the Rising Sun.

The collection was presented in the Renaissance setting of Palazzo Bigli, just a few steps from Via Montenapoleone, during Milan Fashion Week 2014. For the first time, Gasperi decided to organize an individual event, marking his definitive emancipation from the group of N-U-De (New Upcoming Designers).

“Being selected by Camera Nazionale della Moda, first for the fashion incubator and later for the N-U-De project, represented my great opportunity. Thus I could open the door to showrooms, customers, photographers and journalists, as well as parade in Milan, Tokyo, Paris, Berlin and Warsaw” tells the designer.

These important experiences enabled the label to be present, apart from Brescia’s one brand and online, in prestigious shops too, such as Flero’s G&B, Spiga 30 in Milan and Spinnaker in Sanremo.

“However, parading with others – continues Gasperi – does not let you fully express the image in your mind: just consider make-up and hairstyles, necessarily the same for all models. I want the final image to be that of ‘my’ woman. Feminine but at the same time with a strong character: androgynous, but in a light manner”.

This idea means a clothing line overcoming the apparent contrast between geometrical shapes and fabrics’ fluidity. Dynamic garments, characterized by deeply refined materials but so “light” to be suitable for everyday life, especially if split and combined together. As regards colours – besides white and total black – powder, mint green and turquoise brighten clothes, without being obtrusive.

To re-mark the street inclination, for the first time Gasperi focused also on accessories: bags, clutches and matching belts.

“Women would never forgo bags – he explains –. It’s the most daily object and it let me create the complete ready-to-use outfit”.

By now a signature, embroidery represents another distinctive trait, on the silk organza, the chiffon and above all the eco-leather. Also with sequins, stud effect or Murano glass beads that strengthen the Made in Italy concept so dear to the 35 year-old Brescian designer.

This refined manufacturing highlights Gasperi’s knitting training (as he worked three years for Dolce & Gabbana) and his meticulous research of fabrics, until reaching the desired “light” and “touch”.

The embroidery pattern is also one of the features that most relate to architectural inspiration. In particular to the star architect so beloved by the designer, Massimiliano Fuksas, author of international works, such as the new Milan’s Fair and the controversial ‘Nuvola’ project in the capital.

“I had the opportunity to meet him there, in Rome – reveals Gasperi –. Fuksas looked for me, after reading in an article that I had taken inspiration from him. So we had a coffee together. We talked about architecture and fashion, and he was flattered as nobody had ever took inspiration from him to create clothes”.

Doriana Mandrelli, Fuksas’ wife, is one of Gasperi’s muses, together with the French actress, model and singer Vanessa Paradise and Radio 105 DJ Kris Grove. The designer also deeply appreciates Francesca Rocco, 2013 Grande Fratello’s “Chicca”, who came to the presentation at Palazzo Bigli with a very delicate long dress from A/W collection, with flannel bodice and floral printed skirt.

Another tribute to Japan, where Gasperi’s products are successfully followed by the Ibex distributor. In this new 2015 collection, Japanese atmosphere becomes more marked, as a token of gratitude but also as a further phase of his inspiration.

So that the young designer’s attitude reflects the mixture of opposites that the Eastern culture associates with the kashimushi, symbols of both change and maturity, as well as elegance and strength.

After all, as the poet and painter Issa Kobayashi wrote in an haiku at the end of the eighteenth-century, “The distant mountains / Are reflected in the eye / Of the dragonfly”.