Dear Readers of LeonardoVfashionbook we feel honored that we can present you in our magazine one of the most iconic photographer in the history of fashion photography. 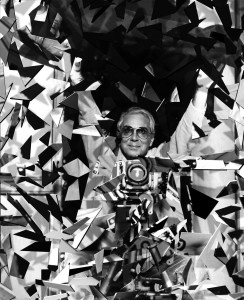 Among the first and most important Italian photographers, with his works caught and immortally captured the spectacle of fashion and more

The retrospective exhibition dedicated which Milan dedicated to him in 2007, by opening the sumptuous rooms of the Royal Palace of Milan. Among the 140 most significant works of him, was not only a celebration of a great lens, but also an excursus on the history of the most beautiful” Made in Italy”. Why Gianpaolo Barbieri, not only one of the first Italian photographers of fashion, but also a man of sublime taste, has written an important chapter in photography History, putting himself at the service of the many designers, with whom he worked side by side for decades, a know-how gained in the cinema . Audrey Hepburn, Sophia Loren and Claudia Cardinale, Monica Bellucci, but also Veruschka and Jerry Hal lare just some of the style icons that Barbieri has photographed, capturing their essence profondly, evocative and spectacular, thus contributing to create, with each shot, the seduction of the myth. Between light and shadow. Gianpaolo Barbieri is Milan. From his father, for fabrics he inherited the love of color and elegant imprints, that will leaves a mark on his profession. In the fifties, attracted by the cinema and the Roman Dolce Vita, after studying at the Accademia dei Filodrammatici di Milan, he tried an career as an actor, but he was more interested inthe technique of shooting and absorbed it, the movement, light and began photographing the actors of a Cinecittà in full swing. “It was a‘very important experience,” recalls Barbers,“because it gave me the opportunity to understand the mechanism of production of the film. I was enchanted by the possibility of creating atmospheres with lights, I absorbed this experience that helped me later in my career. I remember fondly my visit to Rome, where, to pay for my living, with my first camera here, I was testing with the children of Cinecittà, then I developed the film. In the small rented room they gave me permission to use the bathroom at night; so I sat there I printed my photos, I put it under the bed to dry and in the morning they were ready to be delivered “. In 1964, he had an encounter that would projected him onto the “planet-fashion”: Paris he encountered Tom Kublin, the Hungarian photographer of Harper’sBazaar and in only 20 days later he became his assistant. A work stopped abruptly with the death, stroke, of Kublin. Back to Milan he opened his first photographic studio, working with News, the newspaper that two years later would become the Italian Vogue, for whom he produced the first images of the cover. “I did not even know then what was fashion; in those days there were not any fashion magazines in Italy, but only small magazines with patterns. And there were not even the models, nor even the stylist and makeup artists. I was on the set, in short, all by myself. ” The great photographer knew the forerunner of ready to wear, Armani, Valentino, Versace and Gianfranco Ferré, starting to work on their campaigns. He became also famous across the border, in 1978 the German weekly Stern mentions him among the fourteen fathers of fashion photography. The nineties marked a big change in fashion and also in the life of Barberi. The top models, the luxury sparkling gave way to a new, fascinating minimalism and the photographer at the discovery of the natural paradises. Should it be in Polynesia, Madagascar, Tahiti and the Seychelles where faces immortalizes the exotic and unspoiled corners, raw material volumes of Madagascar, Tahiti Tattoos, Garden of Eden and the Equator, with images that will then be displayed permanently at the Victoria and Albert Museum in London “in those places I knew the art of a primitive society. By chance on a trip to Madagascar, I had the opportunity to talk with a person who asked me to do a book on the country. I studied Madagascar for one year and then I took the photos for the book. Tahiti was already in preparation. And during several stays at Seychelles I have taken many pictures. The publisher Taschen had accepted my proposal to publish a trilogy of the sea. Tahiti has fascinated me, the culture of the society, free and uninhibited. Their legends, the lororiti, their idols, dances, songs, wreaths of love, all offered in great simplicity and happiness. ” The nature, then, becomes the new hunting ground of the famous goal.Tthe human body, but also the sex are part of it. So, without shame or perversion, in 2012, Gian Paolo Barbieri signed another work: the book Dark Memories 50 shots where the photographer collects banned and never published naked integrals that add up to the esprit Hellenistic aesthetics in search of a freedom of expression pure and exuberant. There will also be a second edition of Dark Memories, while preparations are underway for the other two exhibitions in Singapore and San Francisco 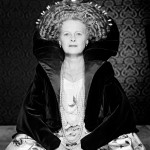 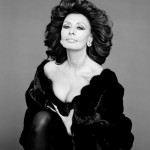 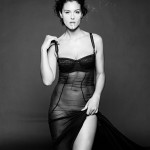 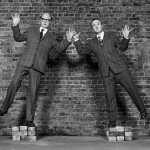 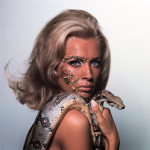 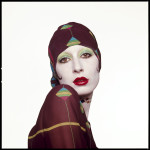 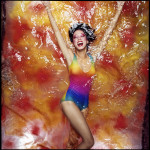 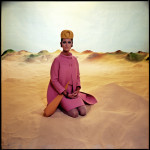