Dear Reader of LeonardoVfashionbook we are honored to present an Exclusive Interview about the  Magical Illustrations  by Carlos Aponte from N.Y. city a ‘perfect’ expression of a new aesthetic shapes and lines that flow into one another.

Combination of  Impressionism and Minimalism.
An eternal pureness of creativity and exploration in his own genuine form refer to as ”linguistic conceptualism” That demand should not now be replaced or forgotten in the name of some artificial art.
Original,Truth, Logic  and full of energy  this is Carlos Aponte. 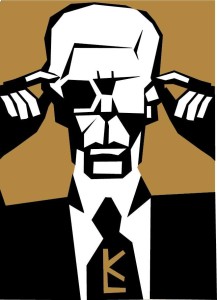 You are an Artist and Illustrator, How did you started and  Which other image makers have inspired you/do you admire?

I grew up reading Marvel comic books, they taught me to dream, it took me away from the reality that surrounded me. While kids were playing in groups I was in a corner in my bubble or on the roof of the house watching the stars. It was later when I discovered the work of Antonio Lopez who happened to be from Puerto Rico like me. Interesting enough what inspire me most is music. Music can bring you emotions and feelings you can draw from. One artist I loved was Stefano Canulli. He did work for Anna Piaggis Italian Vanity. His work was the most sensual and dynamic ive seen. The last thing I heard from him he was doing costumes. He is absolutely brilliant.

So what was your first impression of each other when you met Lopez  ?

Warm, unassuming and very friendly. I responded to him immediately, deep inside he was a country
boy from a caribbean island. I could easily relate. I think he saw the same in me and he knew I was
hungry, I wanted to vein the creative sphere he was. He was my hero, mentor and big brother. I thought
all the other illustrators were like him but I was so naive, there was only one Antonio.

If there is one thing you couldn’t say to him  then but can do so now, what would that be?

I still thank his spirit for his words of wisdom and guidance.

Your Style is equally Unique and Timeless
how did you get this graphic Maverick in your hands full of energize and creativity ?

Whatever you learn in life it would help you in your next evolutionary step. I have learned to do everything but the most
important thing its to learn to draw well. Thats your basis. Once you master that you can go anywhere with it. You should
not be a one trick pony, you should not get bore of your own work. You should draw from your arsenal of knowledge and
experience to go to the next level. It takes a lot of love. Tough love!

What qualities do fashion illustrations have that photographs or film don’t  ?

A dream quality to it. You see illustrations is like having a dream, its not real, its a world you recognize
and also take you someplace else.  Photography its reality base. Illustration its like dreaming of a lover,
girlfriend or boyfriend you fantasize, its all in your head, you create stories you dream. You really don’t know
how the outcome will me. Photography is like being married and know your partner too well, some magic
and romance its gone.

Who has been your favourite subject to draw, portrait-wise?

I like to draw portrait of men. I can draw their character and they wont be offended if they don’t look pretty! Ha,ha!
I rather draw character instead of beauty any day!

There seems to be a real revival of fashion illustration at the moment  magazines and websites are showcasing sketchbooks and commissioning more and more illustrators and exhibitions are popping up everywhere. Why do you think illustration excites people?

Like I said before, its the element of surprise and the uncertainty of the end result, what kind of image will come.

It is also inspirations from many others Artist in different  Art field  how do you feel about ? it is because you are an evolution of the future?

LOL!, I don’t know about that but for example right now Im kind of regressing with this masking tape work. Its becoming more childlike and raw than ever. I think the future its about the unexpected, about knowledge and about our humanity. Contrary to many I think the future will have more soul to your creative input. Technology is missing the point.

After such experience of the Twins Tower how is change the market in United States and especially  in the american market ?

Everything its cyclical, there are periods that comes and go. That disaster brought a lot of fear and manipulation to the world. Now I see optimism rise again. Many kids who witnessed the disaster  grew up dark, fearful and cynical. At least that was my observation with students I had.

Your subtle traces of detail made by  graphic marks on paper using the modern technology is well, suggest the exact mood in which the design would be, Its rather intelligent leaving so much to ones imagination, it makes people engage and want to know more. No wonder then that  you worked for everyone from  Fashion Designers, to magazine NYSC, The New Yorker  to  Cocacola  with a hundred famous names inbetween those two – everyone likes the  mistery beyond your Drawn
why?

Well, you have to engage the imagination of the observer. Let them fill the blank, dont give them everything. Its like going to see a film and there are clues everywhere and you start to connect the dots. Thats the joy, the wonder!

How did you  turn  into the  Animated world,  specially  the Coca Cola  commercial at the 1996 Olympic Games ?

That was sort of a miracle work from someplace. Juan Ramos who was Antonios partner for life asked me to send my portfolio to Widen and Kennedy in Portland Oregon. The art director was John Jay who hired Antonio during the 80;s to work on Bloomingdales golden age of illustrative campaigns. I sent the portfolio expecting nothing and what landed was three Coca Cola commercials for Sri Lanka, Pakistan and India. The success of them landed me into the Baseball World Series. It was a cinderella story, I got plenty of those stories. I must be doing something right.

Have you ever thinking to design a Magazine is well ?

What can we expect  in the future project ?

A children book, a short animated film based on the book Im working now and keep teaching and inspiring students.
Antonio and Juan Ramos would have approve of that!

We would like to thank Mr. Carlos Aponte to take his time for our magazine