Dear Readers of LeonardoVfashionbook we would like proudly present to you one of the most beautiful woman on the planet: Carla Bruni 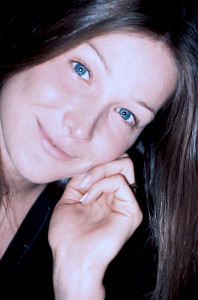 Top model Carla Bruni, who dominated the catwalks throughout the 90s, reinvented herself as a singer-songwriter   Carla’s debut album, Quelqu’un m’a dit.
I wanted my album to be completely natural, like a girl who gets out of bed in the morning and looks exactly how she is.
Born into a wealthy and cultured Italian family, she studied at the Sorbonne, traveled the world doing fashion shoots for Gianni Versace, Dior, Chanel and Givenchy, had romantic liaisons with Mick Jagger and Eric Clapton, became a chart-topping musician, met and married one of the world’s most powerful men and settled down in Paris.
I meet Carla Bruni in my early 90′s, I was talking to her like I use to talk to my sister.
She was unbelievable Humble and simple to me.
I meet her the first time in fashion shows in Roma at Place Espana Steps and a few years later in Milan Fashion week ,where she took my hands to bring me  inside the Fair in Milan at the great Dolce & Gabbana  fashion show.  since that moment I took a decision, this is must be my work.
I love this kind of a Woman and people so’ creative like the two Dual Designer and everyone who really has something to say.
she was Elegant, Charme, Intelligent and know how to act with everyone and Humble people like me, that I came from a very humble and simple family, completely away from fashion field except my Grand Mother  that her name was Immacolata Concetta.
she were an amazing Fashion Designer from Sicily.

Carla Bruni, she wasn’t only about physical beauty but definitely full of charm, intelligence and  she had enphacys with people that is the best combine in a woman like her today that she is married with Nikolas Sarkozy.
He made an amazing choice to have had Married  an unbelievable woman like Carla,  full of grace and balance with all life.

Carla Bruni first grabbed global attention as a supermodel. She then walked a completely different world stage when she became the first lady of France.Today,she hopes her singing and songwriting skills will be what grabs the spotlight.
” she said ” My songs are about life.They’re like a little post cards of life and definitely simple.
she is definitely the perfect woman to reflect a kind of humanity  complete of that element who every man wish to have and that a country like France need it Today, next a man like Nikolas Sarkozy because she is definitely down to the heart and extremely Humble how she was been to me.
Carla  we need you! and thank you so much for that amazing talking.
LeonardoVfashionbook   love you!