Dear Readers of LeonardoVfashionbook we  would to give you a glimpse in the creative mind of the costume designer Antonia Sautter. The the elegant beauty and exceptional originality in the  Costumes she fabricates. The Inventor of the world famous Ballo del Doge was so kind to invite Leonardo V for exclusive Photoshooting in her Atelier. 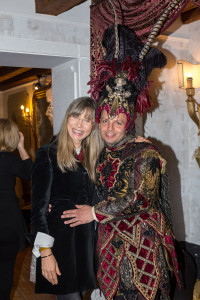 THE QUEEN OF THE “GRAND BALL”

Antonia Sautter, a Venetian lady known and loved around the world for her costume parties.

Fashion Designer, costume designer, music lover, defender and promoter of the most authentic tradition of her city: Venice. Antonia Sautter is known and appreciated all over the world for her excellent  Ballo del Doge, which has become a must appointment for the high society  at the Grand Canal.

But why does Antonia, have Venice and its Carnival,  in “her blood”.

“My mother was a seamstress, and always from September onwards has  begun to study the costumes, for me and my friends, that we would present  in the following February for Carnevale. I remember, spending entire afternoons to research on the characters, that I wanted to embody,well at least for one day: I was MataHari and Cleopatra, Marie Antoinette and Queen of Cyprus. “An “imprinting” not too bad for a future creator of clothing and jewelry.

After studying languages at the University Ca ‘Foscari University and a period  in the United States, Antonia opened her own boutique with masks, abitiebijoux designed and made by herself, translating artistic creativity in the costumes of the iconic sixteenth and eighteenth century, reinterpreted with imagination and with the knowledge of styles and fabrics. So the line” Fashion and Home Collection” by Antonia Sautter offers, among other things, a series of handmade accessories, precious in their Originality and their  Packaging and, as well as Furnishing fabrics in Fortuny style, which are dyed and printed in her own laboratory.

The success has led to open three workshops, in addition to her Atelier Venetia, a destination for tourists who love the “Made in Italy”. “One day  entered a Stanley Kubrick assistant, who came to Venice to search for a particular Mask, for  the orgiastic scene in Eyes Wide Shut, starring Tom Cruise and Nicole Kidmann, in this unforgettable Film, where Tom’ s face was covered by a creation Sautter. And not only that.

“Terry Jones of MontyPython, was working on the script for a format on the BBC, about  the Fourth Crusade in 1198. And he asked me advice on one ofthe characters of the Venice, in order  that  to revive this historical period on TV. We were thingking of  a sumptuous event,  a large bal, in perfect Venetian style. ” 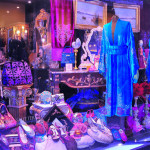 It was  born the idea for the Ballo del Doge, in the fifteenth-century Palazzo Pisani Moretta at the Grand Canal. For 21 years in a row, this” Happening” became the “Masked”event  for the High Society  , copied  in China, Macau and Las Vegas.

“ Because Life is Magic” dedicated to the beauty of life.

“It’s all about” … Love. Eros, Romance or Passion? to celebrate love and passion. ”

It ‘a party, it is a dream for the Venetians, but especially for foreign visitors, primarily British, who are offered the opportunity to learn a piece of Italian history and look at themselves in a showcase of elegance and taste, living through Itaians most authentic traditions. Can you think of it that the first Venetian Carnival, is dated 1094. ”
Between this Ball and the others, that even AbcTelevision has  called “one of the 10 things to do in life,” while Vanity Fair wrote” one of the most exclusive parties in the world,” Antonia Sautter, who has since also designed the costumes for a film with Michel Serrault and Stefano Dionisi Antonio Vivaldi, a Prince in Venise (2006) and being awarded  in France with a Honorary Degree, has become the most desired event organizer of the lagoon.

She organized a wedding party for DamienHirst his wife the Russian pop star Karelea Mazzola, to honor the English artist, leader of the group YBAs 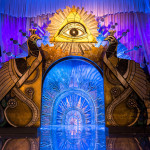 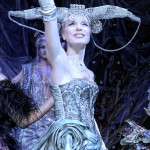 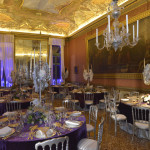 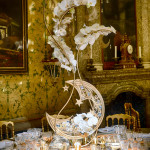 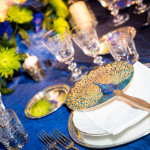