When thinking of a successful soprano, one tends to imagine a “Junoesque”, condescending, old fashioned kind of woman. Not the case here: Jing Zhang is beautiful, glamorous, slender and fast speaking. Since she was three, this talented Chinese girl has been singing, to the disconcert of her severe family that however had to surrender to her resolution and, as time went by, to her ever expanding, worldwide success.
Her ascent has been so fast that, in her late thirties, she is considered one of the most interesting and versatile sopranos in the international opera panorama. 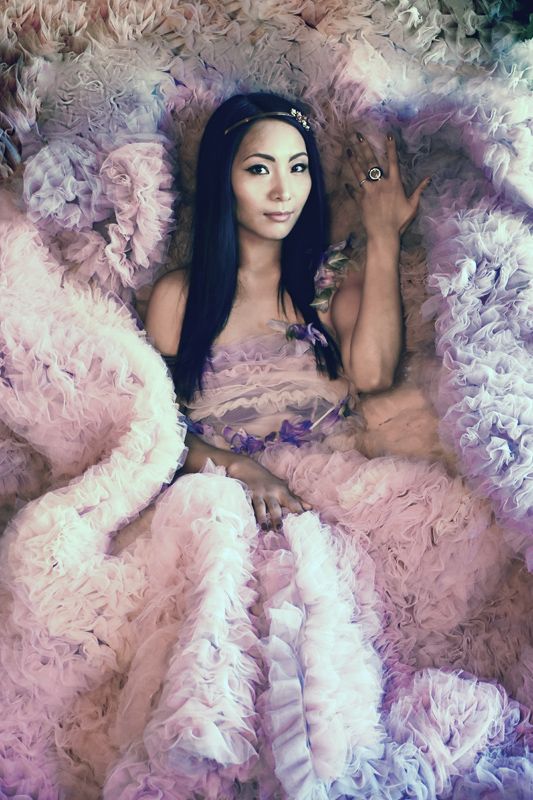 After a degree from the Beijing Conservatory (only 10 students admitted every year, out of 2000 applications!) and further specialization in New York, Jing Zhang landed in Rome, where she studied performing arts at the “La Sapienza“  University and has been living over the last ten years. “I’ve always loved the Italian culture, the magnificence of your theatres and their fascinating stories”, she tells us, “singing in Itay is quite a challenge: this is where the opera originated, and your audience knows well: it’s a major responsibility to sing before them, and there’s no room  for mistakes…they wouldn’t forgive me”.
A winner of several, prestigious music awards, Jing Zhang also sang at the Beijing Olympic Games in 2008 and in the Ennio Morricone’s “Marco Polo” concerts in Asia, just to mention a few. “My favorite roles? Undoubtedly, Puccini’s women characters: fragile yet strong heroines, in good or in bad fate, thanks to whom my voice can easily reach the gut and heart of my audience”. Not so hard to believe….